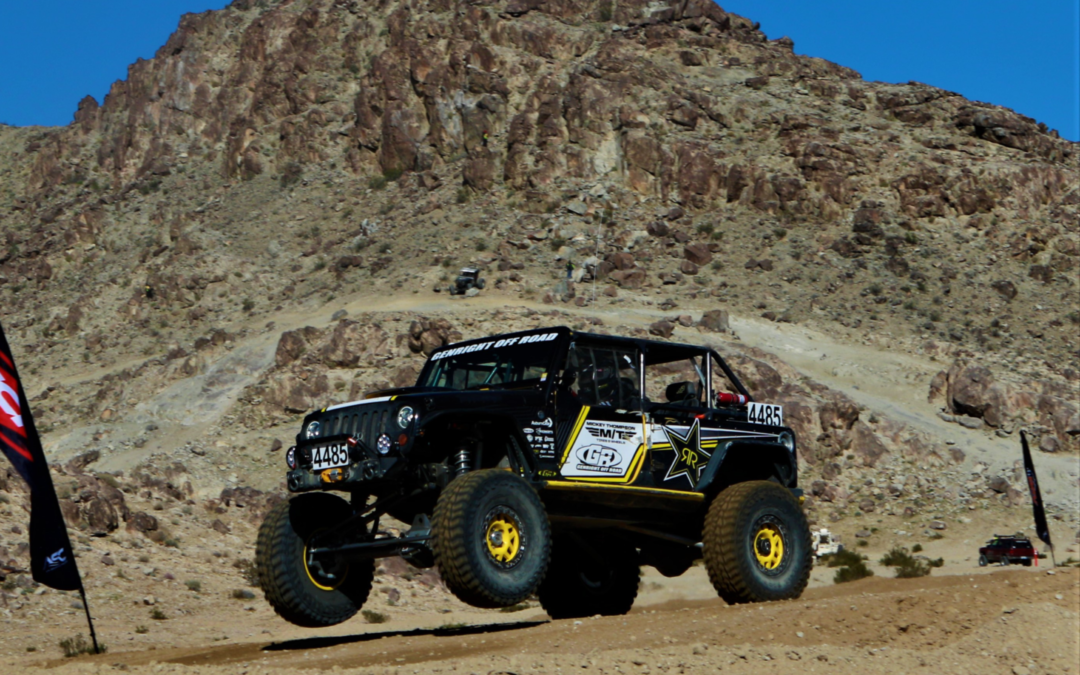 Can you race in the King of the Hammers with a street rig and drive the next day? Tony Pellegrino of GenRight did using Auburn Select-A-Loc differentials.

Tony Pellegrino of GenRight is no stranger to the Ultra4 Racing King of the Hammers. He’s raced in it and used the “Hammers” as a testing ground for his products and parts like Auburn Gear’s various differentials. However, he’s always driven a purpose-built race vehicle in the big race. What started out as a joke between himself and a friend during a Thanksgiving trail ride in Johnson Valley with Terremoto – Tony’s personal and street legal JK – bloomed into an unlikely idea. Why not race it in the 4400 class during the big race? 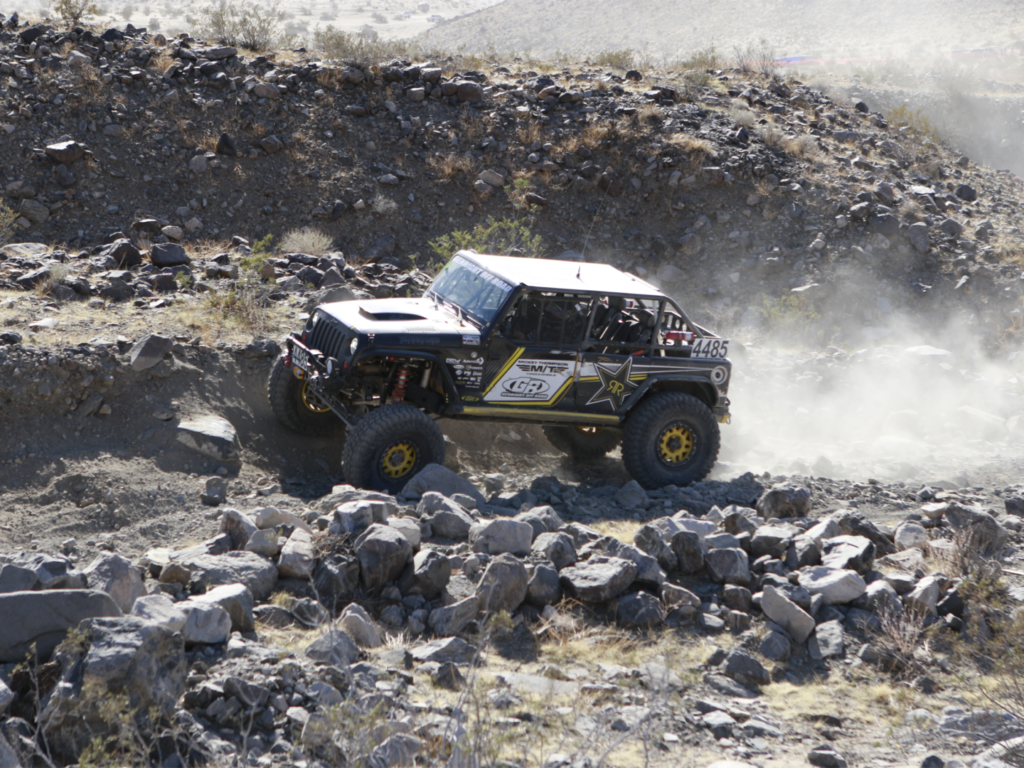 Normally, you’d see a rig like Terremoto in the Every Man Challenge. It’s only slightly less challenging simply because the race has a bypass and fewer miles. The KOH is 212-miles of punishing terrain that breaks even the wildest and most expensive of Ultra4’s Unlimited class. 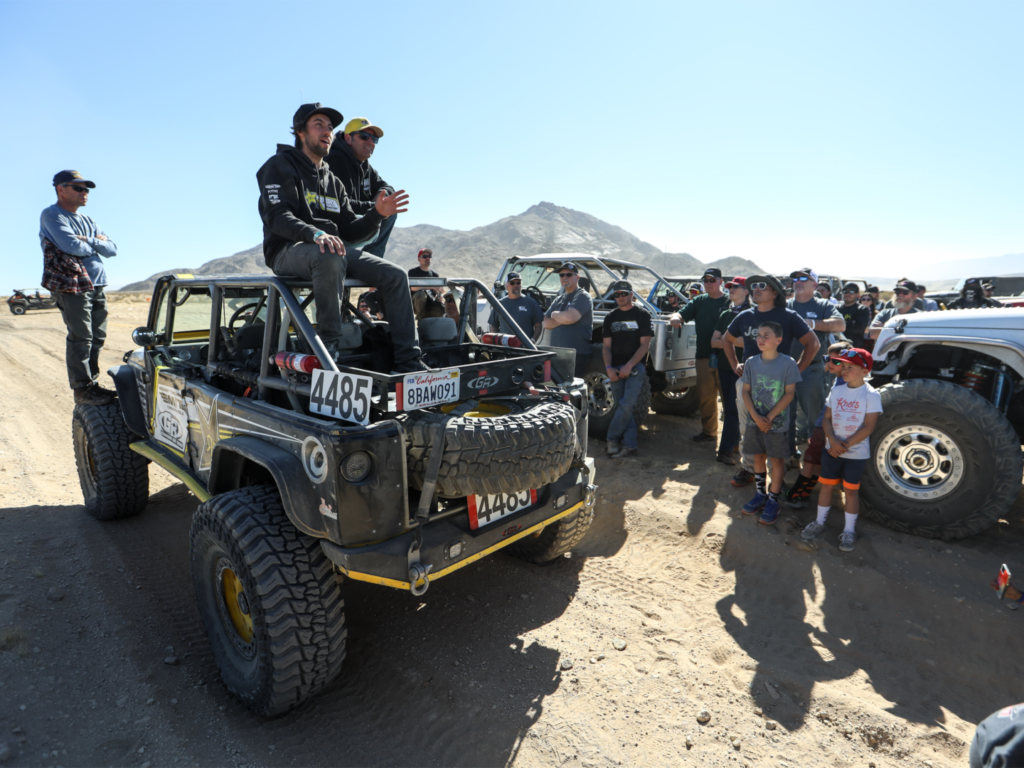 Not only that, Tony was planning to use Terremoto to lead the GenRight KOH Experience that happens the very next day. “We didn’t know if the Jeep would even be drivable after the race,” Tony told us, “I had another GenRight Jeep on standby to lead the KOH Experience if it did.” 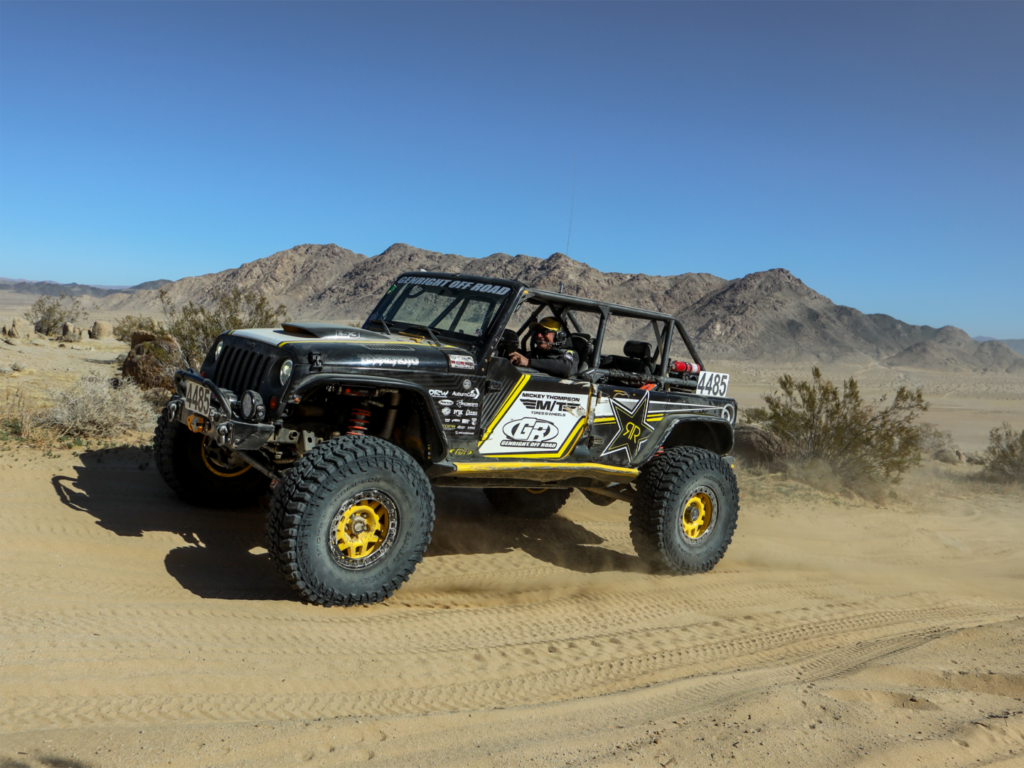 Not only did Terremoto and Tony survive the ultimate one-day race, but they were both able to take part in the Experience ride. “We only added about a quart of motor oil and replaced a bolt on the rear sway bar mount, but that was it. Terremoto and its Auburn Select-A-Loc lockers worked great and the Fox Racing suspension felt smooth!” 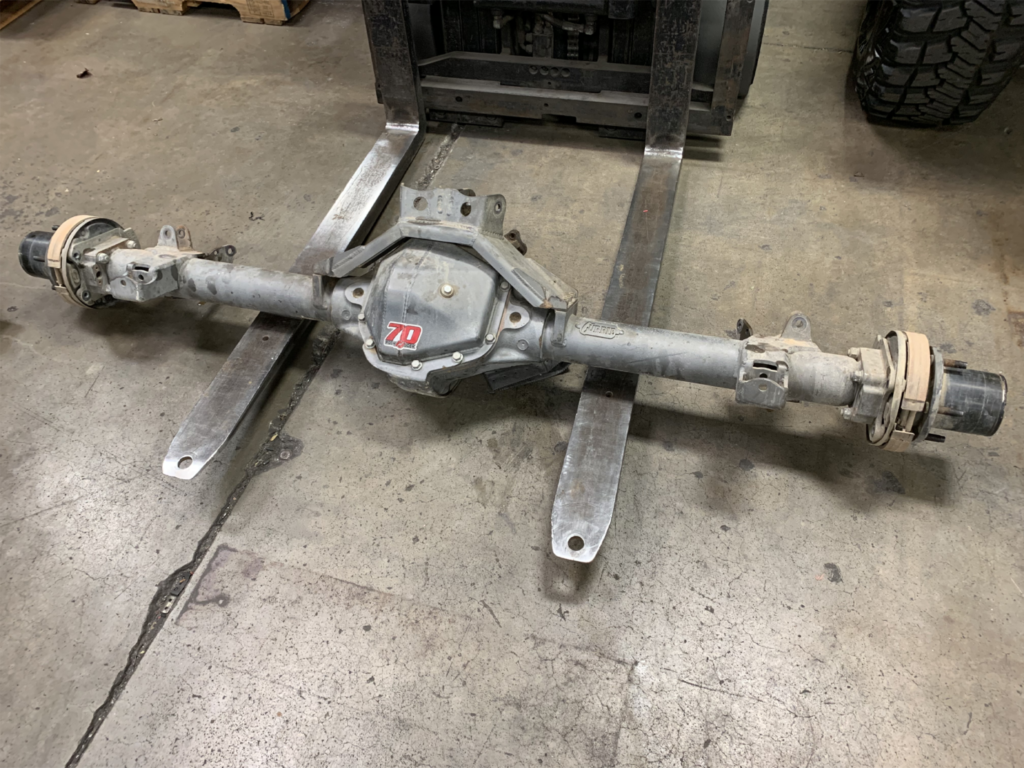 Many racers in the Ultra4 series utilize a set of air or pull-cable lockers on their rigs. Tony, instead, went with a pair of Auburn Gear Select-A-Loc electronic differential lockers for the Currie Extreme 70 axles under Terremoto. He pointed out its simplification of installation as the only real difference. “There is no plumbing of any air lines or need to install an air compressor,” explained Tony, “There is also less to go wrong with fewer parts.” From the driver’s seat, he says, “they operate the same as any ‘selectable’ differential, it’s just on or off. I was initially drawn to the Auburn for two reasons: this locker has proven durability in military applications and they are all American made.” 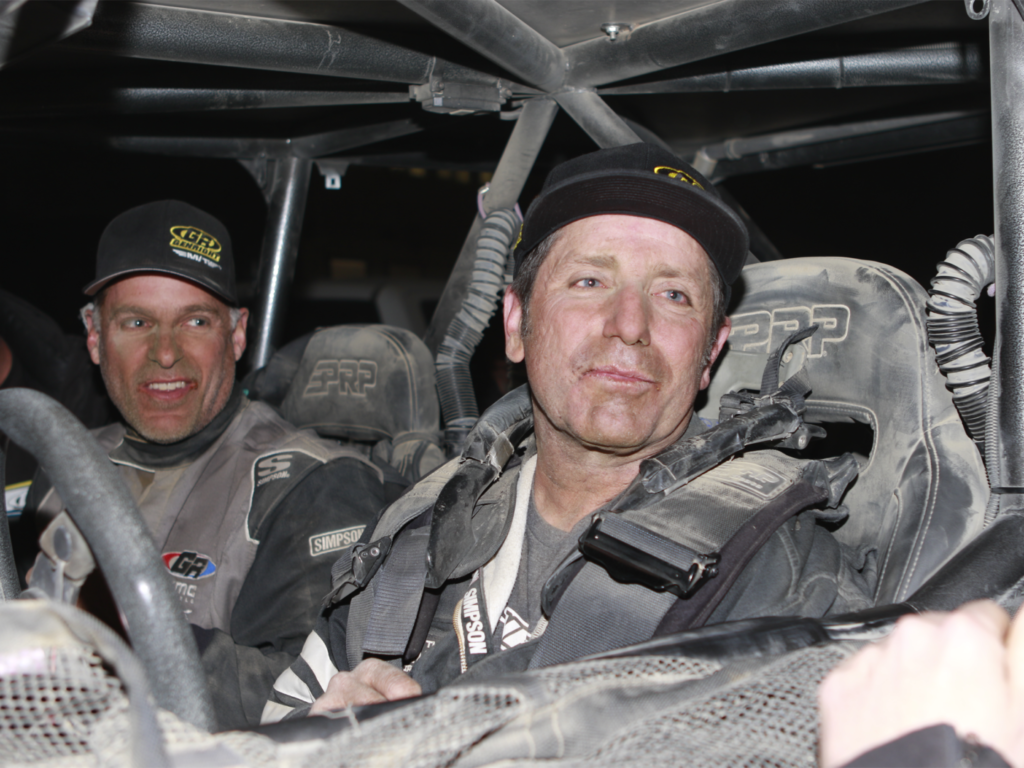 With this unique experience under his belt, would he approve of any customer build that wanted to challenge KOH with their own street legal Jeep build? “Yes, but with GenRight products and Auburn lockers,” he stated, “If someone is looking for this kind of challenge and wants proof it can be done, I’ve done it. You can do it in a street legal trail rig and not just in a purpose-built, $300-thousand-plus Ultra4 race car.” 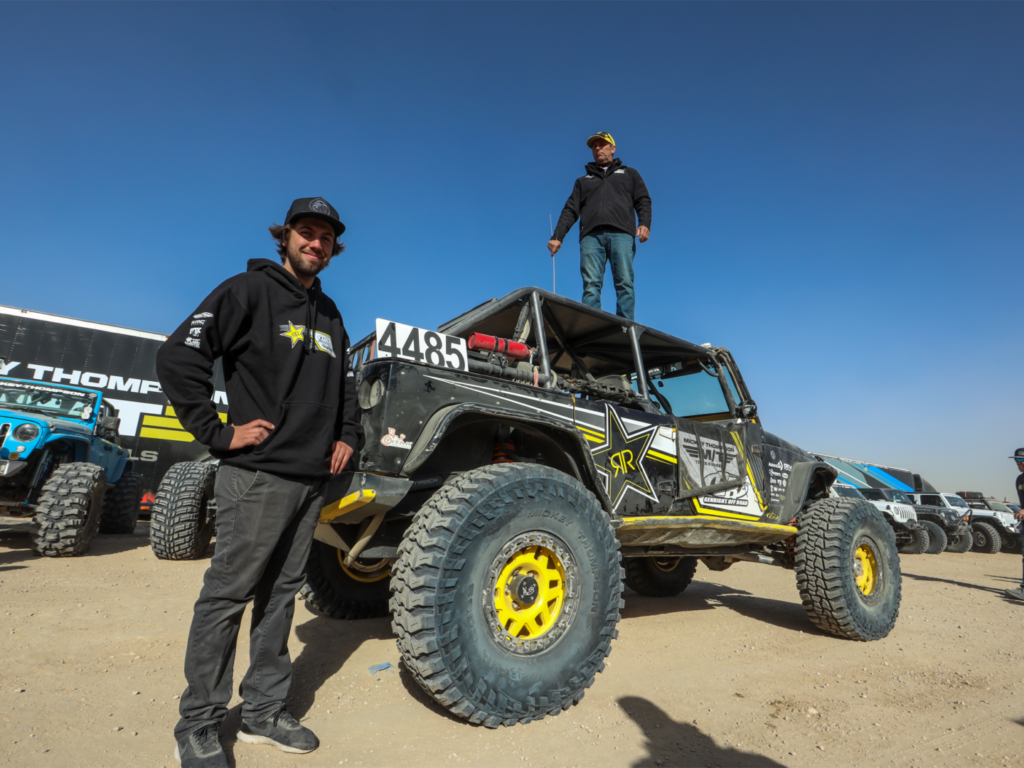 Want to read the full story, check out the GenRight blog here or look at the full build list of the Terremoto here.

This article is courtesy of:

This website uses cookies to improve your experience while you navigate through the website. Out of these cookies, the cookies that are categorized as necessary are stored on your browser as they are essential for the working of basic functionalities of the website. We also use third-party cookies that help us analyze and understand how you use this website. These cookies will be stored in your browser only with your consent. You also have the option to opt-out of these cookies. But opting out of some of these cookies may have an effect on your browsing experience.
Necessary Always Enabled
Necessary cookies are absolutely essential for the website to function properly. This category only includes cookies that ensures basic functionalities and security features of the website. These cookies do not store any personal information.
Non-necessary
Any cookies that may not be particularly necessary for the website to function and is used specifically to collect user personal data via analytics, ads, other embedded contents are termed as non-necessary cookies. It is mandatory to procure user consent prior to running these cookies on your website.
SAVE & ACCEPT